Bill 75 and the Auditor General’s 2011 Report: Lessons Not Learned 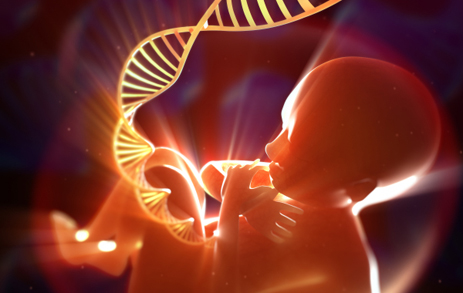 Bill 75 has, as its principal objective, the merger of the Ontario Power Authority (OPA) and the Independent Electricity System Operator (IESO) into the Ontario Electricity System Operator (OESO). The Bill raises a number of interesting governance questions, chief among them how conflicts between the procurement and market operations functions of the organization are to be managed. Subsection 5(3) of the Bill, which requires the board of directors of the OESO to take steps to ensure that there is an effective separation of the market operations, on the one hand, and the procurement and contract management activities, on the other hand, illustrates the problem. How the board of directors carries out its governance obligations, while supervising two divisions which must keep their operations secret from one another, will be an interesting challenge.

As interesting as those governance questions may be, this paper examines Bill 75 from a different perspective. Bill 75 represents the first opportunity for the government to address, in legislation, defects in the management of the electricity sector identified in the Auditor General’s 2011 Report.

It is the conclusion of this paper that Bill 75 indicates that the lessons arising from the Auditor General’s Report have not been learned.

I begin with a review of the principal points of the Auditor General’s critique of the management of the electricity sector.

When the OPA was created, in 2004, it was, at least ostensibly, to be an independent agency responsible for planning for the Province’s electricity needs and for procurement of the electricity necessary to fulfil those needs. Its chief planning mechanism was the development of the Integrated Power System Plan (IPSP), which was to represent a 20-year plan to achieve the Province’s energy goals.

Unfortunately, the legislation creating the OPA also gave the Minister the power to issue binding directives to the OPA. This power has been used on some 57 occasions, from March of 2005 to date. As noted below, the use of these directives has substantially eliminated both the appearance and the reality of OPA independence.

In addition to the use of directives, the government has, as the Auditor General noted, overridden the OPA’s advice on the terms of Feed-In Tariff (FIT) contracts, in the process adding substantially to the burden of electricity prices.

The legislation required the OPA to submit the IPSP to the OEB for review every three years. That review was to include a review of the OPA’s procurement processes. The stated objective was that there be independent planning, independent oversight, and independent procurement.

While the OPA developed an IPSP, it was never reviewed by the OEB. That review was stopped by the government’s green energy initiative. The Auditor General’s observation was that “the suspension of the independent regulator’s review meant that there would be no independent assessment to ensure that decisions were made in an economically prudent and cost-effective manner.”

In addition to the effective suspension of the planning process, the government’s repeated interference, chiefly, though not exclusively, through the use of directives, robbed the OPA’s procurement decisions of both independence and transparency. The results were summarized by the Auditor General, as follows:

The Auditor General’s conclusion is that billions of dollars more will be spent, on the procurement of electricity supply, than might otherwise have been the case had the government not intervened in the OPA’s procurement activities. Electricity consumers are going to have to pay a hefty price for poor government decisions, and for the lack of independent, transparent, and accountable decision-making.

Just as significant is the uncertainty in the energy markets caused by the government’s repeated, often contradictory, interference in the planning and procurement processes. For example, studies undertaken by the Richard Ivey School of Business found that Ontario is seen as a high risk for investment in renewable energy precisely because of the absence of policy stability. Those same studies found widespread support for the principle of independence of agency decision-making.

While Bill 75 has a specific, and relatively narrow, objective, it does present an opportunity for the government to address the problems identified in the Auditor General’s Report. However, it would appear that the government has decided to ignore that opportunity.

The concept of an IPSP, developed independently by the OPA and reviewed, independently, by the OEB, has been abandoned. In its place, the Minister of Energy is given the authority to develop an energy plan. That energy plan will be referred to the OEB, but only for the purpose of reviewing the capital costs in the plan. While the Minister may ask the OEB to review other aspects of the plan, the Minister also has the power to constrain the nature and extent of the OEB’s review.

Accordingly, Bill 75 not only fails to correct the deficiencies in the planning process noted by the Auditor General, it effectively consolidates those defects by reposing in the Minister the power to do long-term planning and to control the terms on which the planning will be reviewed. There will be no independence, in either the planning or the oversight of the planning.

With respect to procurement, Bill 75 gives the Minister the power to direct the OESO to enter into procurement contracts and to control the form and content of requests for proposals. Bill 75 continues, thus, the right of the Minister to interfere in the independent procurement processes of the OESO.

Bill 75 continues, and indeed arguably solidifies, the structural problems that the Auditor General criticized in his 2011 Report. Bill 75 effectively ensures that the absence of transparency, independent review and accountability continue to be the hallmarks of the planning and procurement processes for the electricity sector.

The Auditor General’s Report represented a damning critique of the failures of the planning and procurement processes in the electricity sector, failures that were almost entirely attributable to the government’s repeated intervention in the planning and procurement processes. In light of that critique, Bill 75 can only be characterized as a regressive step.

It is unfortunate that the government did not take the opportunity offered by Bill 75 to address in a meaningful way the serious deficiencies identified in the Auditor General’s Report.