WeirFoulds is pleased to announce that Gregory Richards, counsel and former managing partner and chair of the Partnership, was awarded the 2019 Catzman Award for Professionalism and Civility at the Ontario Opening of the Courts Ceremony on September 10.

The Catzman Award recognizes individuals who demonstrate an exemplary knowledge of the law; integrity, fairness and civility; generosity of time and expertise, with a commitment to mentorship and/or legal education; and dedication to the highest ideals of the legal profession. It is awarded in memory of the Honourable Marvin A. Catzman of the Court of Appeal for Ontario. It was created in 2008 by the Catzman Family together with The Advocates’ Society and the Chief Justice of Ontario’s Advisory Committee on Professionalism.

“Greg exemplifies all of the qualities that the Catzman Award seeks to recognize”, says Bryan Finlay, Q.C., Partner Emeritus at WeirFoulds who has practised with Greg for almost 40 years. “Greg has demonstrated time and again that the truly effective advocate is one who exhibits the confidence of knowing that the client’s case is enhanced – not harmed – by respecting one’s opponents, speaking plainly and candidly to the client and the court, and carefully choosing the hills on which to stand and fight. Of Greg’s many contributions to the profession and our firm, it is this one that resonates loudest of all.”

Greg has successfully litigated a wide variety of cases, some of which have been precedent-setting. His practice has engaged corporate and commercial matters, complex contracts, tort claims, government liability, and a range of other issues, taking him before all levels of court, including the Supreme Court of Canada.

Greg joins a highly-regarded group of past recipients, including WeirFoulds counsel Derry Millar, who received the award in 2013 alongside L. David Roebuck.

“For me, Justice Catzman personified professionalism and civility. It was always a privilege to appear in his court,” says Greg Richards. “I am humbled, and deeply honoured, to receive the Award that bears Justice Catzman’s name.”

Congratulations, Greg! Your friends at WeirFoulds value your leadership, skill and integrity, and are thankful for your generosity and mentorship. 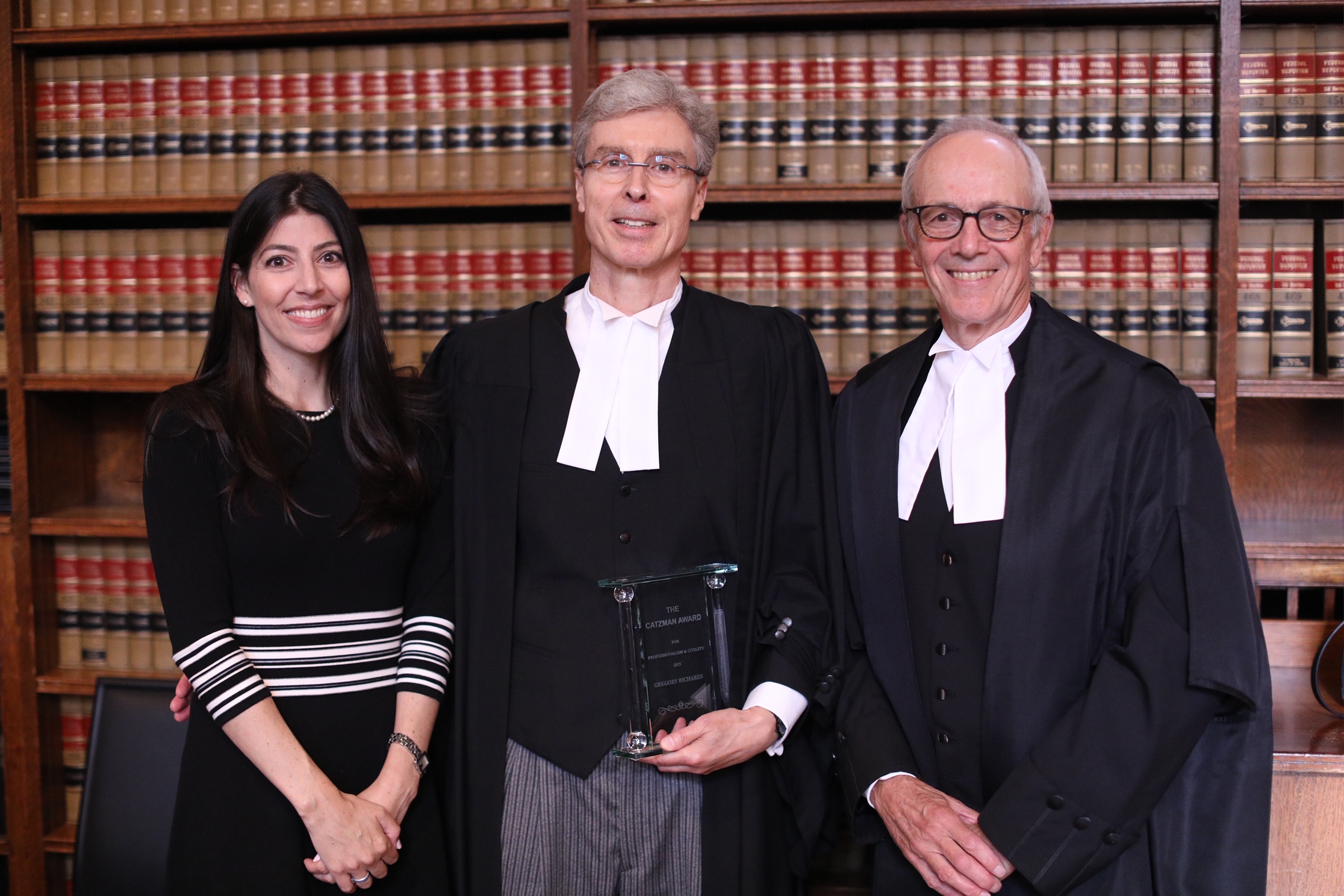