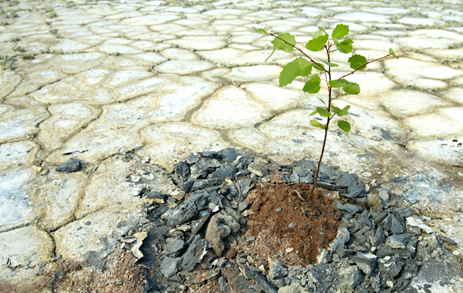 People draft wills to set out their wishes for how their property is to be distributed after they die. Certain itemssuch as money, real estate, or jewelleryare easily identifiable as “property”, and are specifically thought of and addressed when wills are drafted. However, other items are less clearly “property”. Take, for example, genetic material stored for assisted human reproduction, such as frozen sperm samples. Is this “property” that would form part of one’s estate and be affected by the terms of the will? Recent case law indicates that the answer to this question is “yes”.

In a recent decision of the Supreme Court of British Columbia, J.C.M. v. A.N.A., 2012 BCSC 584, it was held that, on the facts of the case, sperm straws (vials of donated sperm) were to be treated as “property” for the purpose of dividing them between two separating spouses upon the dissolution of their spousal relationship.

J.C.M. and A.N.A. commenced a spousal relationship in 1998, and had two children using sperm provided by a single sperm donor. A.N.A. gave birth to their first child, and J.C.M. gave birth to their second. The couple separated in 2006, and entered into a separation agreement in 2007. The agreement divided the property between them, but the sperm straws inadvertently were not addressed in the agreement.

A.N.A. raised various moral arguments as to why sperm should not be treated as property. The common law had historically taken the view that human beings, or their body parts or products, could not be considered property. However, the application judge reviewed recent case law, and expressed agreement with the theme in those cases that medical science has advanced to a point where this common law view requires rethinking.

One of the recent cases reviewed by the court was the U.K. case of Jonathan Yearworth & Ors v. North Bristol NHS Trust, [2009] EWCA Civ 37. In this case, six men who had stored sperm samples sued when the liquid nitrogen in the tanks used to store the samples fell below the amount required to keep the samples frozen and they thawed. The court held the sperm samples were property for the purpose of the claim in negligence of the six men.

The Yearworth decision was also cited by Supreme Court of Queensland in its decision in Bazley v. Wesley Monash IVF Pty Ltd., [2010] QSC 118. There, Warren Bazley stored sperm samples prior to undergoing treatment for cancer, and subsequently died of the disease. Though he had prepared a detailed will, Mr. Bazley failed to make any written direction about the use of his sperm post-mortem. Following his death, the storage facility took the position that, in accordance with their written contract and national guidelines, they could not facilitate the use of the gametes and were required to dispose of them. The court held the straws of semen “are property, the ownership of which vested in the deceased while alive and in his personal representatives after his death.” It held that the storage facility stood in the position of a bailee for reward to the deceased, as it agreed to store the straws so long as the fee was paid and the contract with the deceased was maintained.

The recent treatment of genetic material as “property” is important to bear in mind during estate planning for anyone who has acquired or stored such material. If you do not specify in your will what you wish to happen to genetic material in which you have an “ownership interest”, it could be found to form part of the residue of your general estate, and one or more of your beneficiaries may quarrel over its possessionparticularly in families where there are ex- and current spouses, and children from past marriages. Special consideration should be given to the disposition of this special kind of “property”.