Hansen Estate: An Expansive Approach to the “Course of Dealing” Test 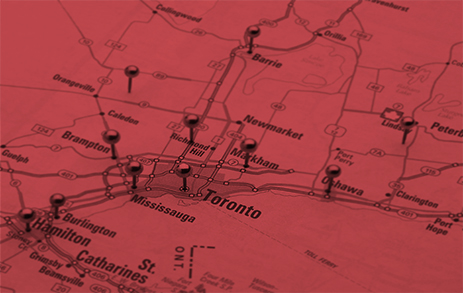 The Court of Appeal in Hansen Estate v. Hansen affirmed and refined the “course of dealing” test. If this test is passed, it is sufficient to establish when a joint tenancy in property should be declared severed. The result is that the joint owners’ interests in property are held by way of tenants in common.

The facts of Hansen are as follows.

A couple were married for 17 years. They held title to their matrimonial home as joint tenants. Through a series of illnesses and other strains on their marriage, the couple decided to separate. The husband, Mr. H, retained a lawyer and had a new will prepared. The new will distributed his assets to his four daughters from a previous marriage and did not include his wife, Mrs. H, as a beneficiary. Mr. H also appointed his daughters as powers of attorney.

Mrs. H also retained a lawyer who expressed Mrs. H’s desire to enter into a separation agreement. She was agreeable to her husband remaining in the matrimonial home provided he bought out her interests. A financial statement and home appraisal were exchanged. Subsequently, Mrs. H signed a 12 month lease in a seniors’ complex and moved out of the matrimonial home. Less than one month later Mr. H died. Despite the intention of the parties prior to Mr. H’s death, Mrs. H asserted a right of survivorship on the matrimonial home.

As a result of this position, Mr. H’s beneficiaries applied for a declaration that the Estate was entitled to an undivided interest in the property. The application judge reiterated there are three ways to sever a joint tenancy: (1) by a person acting on one’s own share, such as selling or encumbering it; (2) by a mutual agreement between the co-owners to sever the joint tenancy; and (3) by any course of dealing sufficient to intimate that the interests of all were mutually treated as constituting a tenancy in common. The third method of severance is relevant to this case, which the judge analyzed in relation to the facts already discussed. The application judge then concluded that there was neither an agreement nor a course of dealing that would effectively sever the joint tenancy.

The Court of Appeal disagreed.

The Court of Appeal held that the parties had established a course of dealing that severed the joint tenancy. In making its findings, the Court restated the core principle of the course of dealing test as the expression of intention by the co-owners to treat their interests as separate, as shown by their conduct. This expression of intention must be mutual. Mutuality means that one party cannot declare a severed interest behind the other party’s back.

The Court also clarified that the test does not require proof that a party relied on a representation of the co-owner that he or she no longer wanted to hold the property jointly. Therefore, a party does not have to show detrimental reliance on the belief that the tenancy was severed; rather, such detrimental reliance would fall into the legal realm of estoppel. A party also does not have to show that there was an agreement.

Most importantly, the Court of Appeal said that the application judge erred by trying to pigeonhole the facts of Hansen into the facts of previously decided severance cases in order to determine if severance should occur. The Court of Appeal concluded that there is no evidentiary threshold that must be met; rather, it is the totality of the evidence that must be examined. As a result of this factor, when looking at the totality of the evidence in the Hansen case, the Court found that severance had occurred.

So, as opposed to simply reaffirming old principles, what Hansen really does is provide an expansive approach to analyzing the evidence and facts when dealing with severance of a joint tenancy. It is a non-formulaic and non-categorical reading of the facts that is key to arriving at a fair result in these cases. After all, the course of dealing test is an equitable test. Therefore, the next time you are dealing with jointly owned property, look at the context of the players’ actions, even if, for example, negotiations failed or were incomplete. It is the attitude and actions of both parties that will determine whether the ownership under a joint tenancy has been, or was intended to be, abandoned.