Once Bitten, Twice Shy? Not so, says the Ontario Court of Appeal 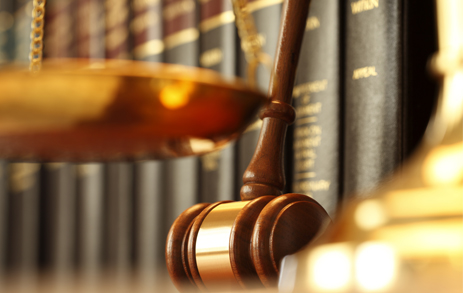 In the April, 2017 case of Deslaurier Custom Cabinets v. 1728106 Ontario Inc., 2017 ONCA 293, the Ontario Court of Appeal had occasion to revisit an issue that it had previously dealt with in the same case one year earlier, that is, the standard of appellate review applicable to contractual interpretation cases. After one of the parties sought leave to appeal to the Supreme Court of Canada, the Supreme Court remanded the case back to the Court of Appeal, to be decided in accordance with the Supreme Court’s decision in Ledcor Construction Ltd. v. Northbridge Indemnity Insurance Co., 2016 SCC 37 (“Ledcor“).

The Court of Appeal had found in the original appellate decision (2016 ONCA 246) that the decision of the motions judge who had granted summary judgment to the tenant Plaintiff Deslaurier against the landlord Defendant was to be set aside, and that the tenant’s action was to be dismissed. The Court then was dealing with the standard of appellate review applicable to that earlier decision and whether the motions judge had erred in her interpretation of the lease in issue.

The findings of the Court of Appeal were that the motions judge had erred in her decision on several extricable questions of law, such that review of her decision on those was to be on the standard of correctness, not the deferential standard of palpable and overriding error.

The Court of Appeal also held that the motions judge had erred in:

The Supreme Court then remanded the case back to the Ontario Court of Appeal for disposition “in accordance with Ledcor“.

The Supreme Court’s decision in Ledcor

In Ledcor, readers will recall, the Supreme Court discussed the standard of appellate review applicable to the interpretation of standard form contracts. The Supreme Court held that the standard of review applicable to the trial judge’s decision in that case was correctness, as an exception to the rule set out in Sattva Capital Corp. v. Creston Moly Corp., 2014 SCC 53 that interpretation of contracts is a question of mixed fact and law, because the document in issue was a standard form contract.

The Supreme Court expressed the view that for standard form contracts, the surrounding circumstances generally play less of a role in the interpretation process, and where they are relevant, they tend not to be specific to the particular parties. Therefore, one of the main reasons given in Sattva for concluding that contractual interpretation is a question of mixed fact and law — the importance of the factual matrix — carries less weight in cases involving standard form contracts.1

Thus, Ledcor formally recognized, in relation to standard form contracts, an exception to the Supreme Court’s holding in Sattva that contractual interpretation is a question of mixed fact and law subject to deferential review on appeal.3

Given the detailed analysis by the Supreme Court in Ledcor, one might have thought that a court of appeal facing a remand, as here, to decide the case on the basis of Ledcor principles might have had occasion to be influenced by that to revise its decision, given that direction from above — but not so here.

In fact, although the Court of Appeal (Cronk, Peppall and Miller JJ.A.) does acknowledge the remand and deals with the Ledcor decision in the Reasons written “By the Court”, it ultimately affirms its previous decision in its entirety.

The Court of Appeal does this on the basis that, although the lease in this case was not a standard form document, it did not have to fall back to have to use the deferential “palpable and overriding error” standard, because the Court found that the errors of the motions judge were themselves extricable questions of law that could be extracted from the matrix of mixed fact and law, normally requiring a deferential standard of review.

Therefore, the Court arrived at a correctness standard of review for this appeal itself, and did not need to revise its previous thinking to pay homage to the Ledcor decision that it was directed to take into account in deciding the case.

The Court explains its decision to apply the correctness standard as follows:

[22] The Lease in this case is not a standard form contract but, rather, was negotiated by the parties. In the first instance, therefore, the palpable and overriding error standard of review applied to the motions judge’s interpretation of the Lease.

[23] However, in the Appeal Decision, this court held that the motions judge’s interpretation of the Lease was tainted by several legal errors involving extricable questions of law. Consequently, applying Sattva standard of review principles, the correctness standard was engaged. […]

The Court further bolsters its view of the landscape, post-Ledcor, by adverting to a fundamental precept:

[33] Of critical importance, nothing in Ledcor deviates from the holding in Sattva that the correctness standard of review applies to extricable questions of law arising within what is initially characterized as a question of mixed fact and law.

Therefore, in the Court of Appeal’s view, the application of the correctness standard of review to an extricable question of law accords with both Sattva and Ledcor.

After noting the warning in Sattva that courts should be cautious in identifying extricable questions of law in contract disputes, the Court of Appeal states:

[55] Sattva and Ledcor also instruct that certain legal errors constitute extricable questions of law for standard of review purposes. These include: the application of an incorrect principle; the failure to consider a required element of a legal test; the failure to consider a relevant factor; the substantive requirements for the formation of a valid contract […]; and the content of a given legal principle of contractual interpretation.

Ultimately, the Court of Appeal concluded as follows:

[58] In this case, having carefully considered the teachings of Sattva and Ledcor, we remain of the view that the motions judge’s interpretation of the Lease is tainted by legal errors involving extricable questions of law subject to review on the correctness standard.