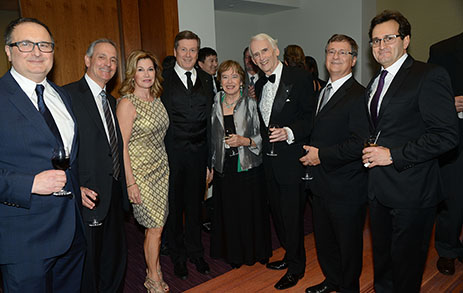 WeirFoulds Partner Emeritus John McKellar, CM, QC, was recognized at the Mayor’s Evening for the Arts for serving eight years as Board Chair of the Toronto Arts Council. Held on October 26, 2015 at the Metro Toronto Convention Centre, the event raised funds in support of the Toronto Arts Foundation.

John took on the role of Board Chair in 2007. An avid supporter of the arts, he has provided pro bono advice to artists, arts groups and over 50 non-profit organizations. John is also Vice-Chairman of the Ontario Arts Foundation and Chairman of the Ontario Cultural Attractions Fund, Chairman of the Young Centre for the Performing Arts, an advisor to the Randolph Academy for the Performing Arts, and a board member of Tarragon Theatre, Off-Centre Music Salon, The Glenn Gould Foundation and Fundamentally Film Inc.

John has a broad practice covering most commercial, corporate and non-profit matters. He has advised on transactions ranging from modest sizes to those of over a billion dollars.

In 2014, John received an Alumni of Influence Award from his alma mater, University College at the University of Toronto.

Congratulations, John, on another well-earned recognition!