On Friday, February 14, 2020, WeirFoulds Women (WFW) hosted its third annual Enrichment Opportunity with Girls e-Mentorship (GEM), a Toronto-based charity that offers a year-long mentorship program to high school girls in Toronto who face various socio-economic barriers. GEM’s program delivers, among other things, one-on-one mentorship, experiential workshops, enrichment opportunities, and scholarships, all of which are intended to develop skills and provide access to tools that are vital to participants’ ongoing success as they pursue higher education, and, later, enter the workforce.

The WeirFoulds x GEM x FGN collaboration involved a panel discussion and speed mentoring session, during which high school GEM girls and GEM alumna had an opportunity to engage with women in diverse roles at WeirFoulds, including lawyers, law students, human resource professionals and legal assistants, as well as members of FGN who are current law students.

A supporter of GEM since 2018, WeirFoulds provides an annual scholarship, presented in May. Megan and Kayla are members of GEM’s Scholarship Committee. 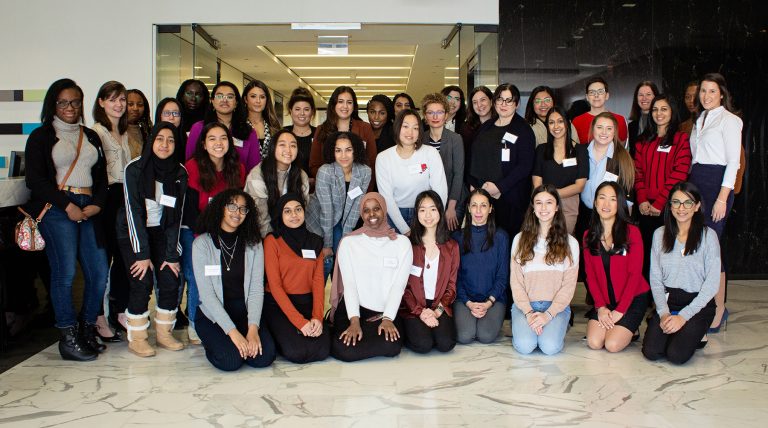